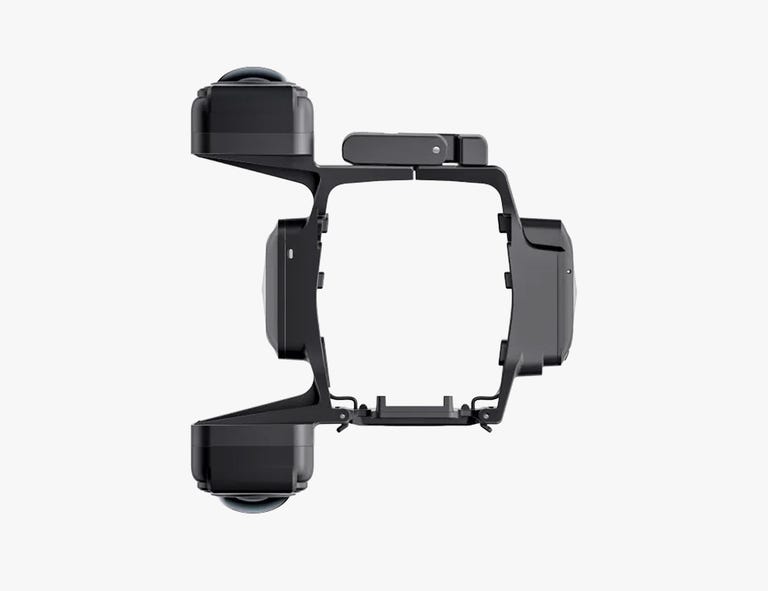 This camera solves a major problem with drone photography

One problem hobbyist drone pilots face when taking photos or filming footage is that the drone itself often appears in the shot. Then, if they want that aerial photography to be perfect, they – or someone they pay – have to edit the drone afterwards.

Insta360 said on Tuesday it solved that problem with its new Sphere, a 360-degree camera specifically designed to keep the drone “invisible.”

The Insta360 Sphere is a 360 degree camera designed to attach around DJI’s Mavic Air 2 or Air 2S drones. He transforms them into content production tools. And it helps ensure you don’t have to be an ace pilot to get sharp shots.

The camera will not block the drones’ tracking or object avoidance sensors, the company said. And when attached, Sphere can capture an immersive 360-degree view while making the drone appear “invisible” and non-obtrusive for shooting.

As many enthusiasts know, aerial drone photography is often tricky. It may require advanced flying skills to get the best shots or footage. Insta360 said its Sphere Camera changes that.

And how does that change things? By shooting in 5.7K 360, the camera allows users to adjust the angle and direction of the camera in their video after the fact. Then, using the cropping tools in the Insta360 app and Studio desktop, anyone can dress up their aerial images in post. This helps them shoot FPV-like footage on an easy-to-handle drone, Insta360 said.

Shooting with a 360 camera also allows multiple edits to be taken from the same flight, in addition to wide-angle footage.

Many drone users mount a 360 camera above or below their device to get 360 degree footage. However, since 360-degree cameras shoot in all directions, the drone itself often obstructs the video. Removing it requires post-processing or paid video editing software. It adds hassle and expense to the picture.

With Insta360 Sphere, the camera lenses are precisely mounted on each side of the drone to ensure that the drone is invisible in the footage. Insta360’s proprietary dynamic stitching algorithm makes the entire drone disappear, including its propellers. This leaves the user with uninterrupted shots.

The camera is compatible with the Mavic Air 2/2S. It attaches to the drone with a locking mechanism. It does not affect the structural integrity of the drone or interfere with the GPS signal or the remote control system.

And Sphere users can take advantage of Insta360’s cropping and editing software to polish their videos using the same AI-powered features as the Insta360 ONE series in the Insta360 app. “Creative effects like barrel rolls and cart zooms are as easy as a tap,” Insta360 said.

New wildlife documentary takes the world through the landscapes of Texas

Indigenous entrepreneurs are using drones and aerospace technologies to decolonize…