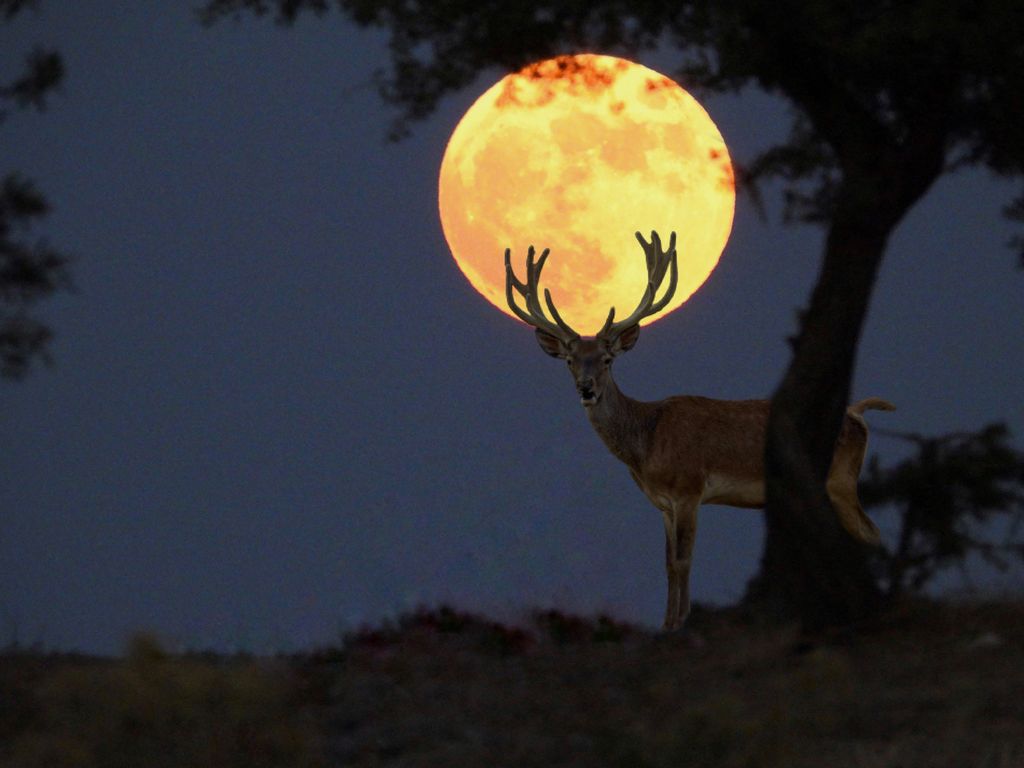 Isa Turan, an amateur photographer and drone pilot, has images of 12 full moons that he captured at regular intervals throughout the year, in homage to their names.

Full moons were often given specific names in many ancient civilizations. They often reflect the changing of the seasons. The full moon in January is called the wolf moon, in reference to the wolves that howled at night during the month, according to the old farmer’s almanac. However, the origin of the name is unclear.

The February Snow Moon is named after Native American tribes in the northeastern United States due to heavy snowfall, according to Maine Farmer’s Almanac.

The Farmer’s Almanacs in the United States have for years been the resource for citing moon names and their origins.

Turan’s interest in filming each month’s full moon began when he realized that no one seemed to have done it the way he envisioned.

“To be honest, I didn’t know there was so much interest in the full moon until I made a project of it,” Turan said.

“Full moon photographs are taken all the time, but there was no one who took the full moon by name every month, and I decided to make it a project.”

Turan spoke about some of the technical barriers to photographing the moon.

“To photograph the full moon alone, you need a good camera that can zoom. If you plan to photograph an object in front of the moon, you need to have some manual exposure knowledge for it,” he said. . “It is very difficult to focus on both the full moon and the subject. In general, the success rate is higher in photos taken during the day due to the light.”

He said that there are also various tricks that can be used to overcome technical difficulties: “The double exposure technique can be used because it is difficult to focus on the full moon and the object at the same time. time at night. Before changing frames, a photo is taken with the full moon in focus, then a photo is taken with the object in focus, and the two photographs are combined. “

Turan said he got interested in photography when he borrowed the Nikon P900 camera from a friend, and how that led to his project.

“I took pictures for a few months. Then I found a website showing the rising and setting of the moon. I read on the site how the moon was named in the past, and it got me. very impressed. People used nature and the sky as clocks and calendars. So I decided to photograph the full moon for a year by its name. “

Turan said his next project would be to shoot at least 10 hours of time-lapse video of ancient cities and historic lighthouses in Turkey, under the Milky Way, “all night long.”

This story was provided to Newsweek by Zenger News.

How to capture vertically oriented photos with a drone