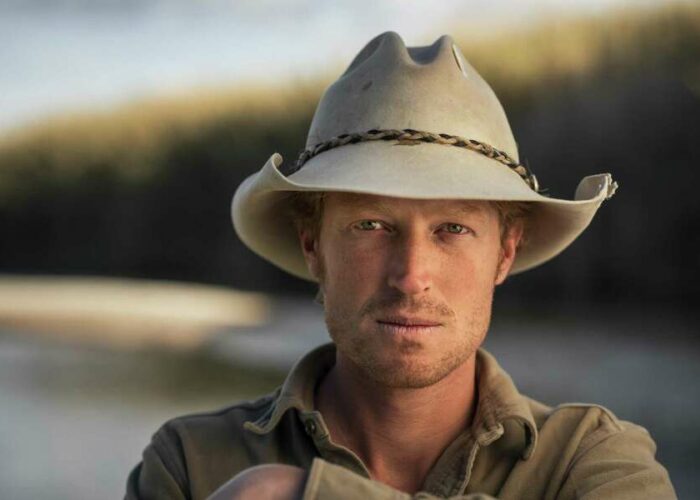 New wildlife documentary takes the world through the landscapes of Texas

Ben Masters, director of “At the Bottom of the Heart”

Filmmaker Ben Masters has spent years documenting the vastness of Texas. And his new movie, the aptly named “Deep in the Heart: A Texas Wildlife Story,” which premieres June 3, is no exception. It displays respect for the many geographic regions across the state with a supporting cast of mountain lions, ocelots, bats, bison, deer, rattlesnakes, and migratory birds.

“To be honest, I spend more time in the brush than I do in the city,” Amarillo-raised, Austin-based Masters says in a Zoom interview. “I grew up in a rural area. It developed my curiosity for animals and the soil and everything that grows there. I studied wildlife biology at Texas A&M and ever since then have been fascinated by wildlife.

“Deep in the Heart” took four years to make, three of which were dedicated to photography.

In fact, the film opens with a shot of a rattle springing at lightning speed directly at the audience. “It was easier than a lot of punches,” Masters says modestly. “Of course you don’t want to get bitten, but it’s just a rattlesnake. The snake hit the lens, we had to wipe off some venom with a lens cloth.

The film’s sweep oscillates between Guadalupe Peak in West Texas, the state’s tallest mountain, and the dense forests of East Texas’ Big Thicket; caves and aquifers in central Texas; to pristine underwater life along the barrier islands of southern Texas.

The stars at night are truly big and bright, as if captured in a time-lapse interlude from Big Bend National Park that reveals the Milky Way rising above the silhouette of the Mule Ear Overlook.

The cougar and ocelot sequences were both filmed with remote camera traps. A homemade box with a camera inside is triggered by motion. “It was a numbers game because the cougar has such a low density. They could walk a trail every two weeks, so we identified a trail where they would walk and set up the device,” says Masters.

Still, patience turned out to be the most valuable asset. It took a year to get the images of the puma and nine months for the ocelot, a species of which there are less than 100 left in the wild.

“To my knowledge, this is the first video of a wild ocelot in Texas,” Masters says. “I’m proud of this streak.”

The sound editing has been fine-tuned so that each sequence contains recordings of iconic birds from that particular part of Texas. “In the ocelot scene, you’ll hear the Altamira oriole and the green jay; for bison scenes, you’ll hear the western meadowlark; in the cougar sequence, you will hear the canyon wren. We created an audio world specific to each ecoregion we represented,” says Masters.

“He’s one of the biggest movie stars in the world. We sent sample footage through his agent. At first it was a moonshot, we’re a small independent movie company But he loved the gear,” Masters says. “He, too, spends a lot of time in nature and came on board.”

Other animals captured in their natural habitats include black bears, alligator gar, and elusive creatures, such as blind salamanders and blind catfish, that live deep in Texas aquifer waters.

There’s also a trip to Bracken Cave, north of San Antonio, home to a population of over 15 million bats, recognized as the largest conglomerate of mammals in the world. “It’s a massive batnado every night at sunset,” says Masters.

“Deep in the Heart” concludes with a list of organizations and websites dedicated to wildlife and water conservation.

“It’s easy to get involved in Texas,” says Masters. “Each river has an organization that does cleanups and defends natural water flows. Planting milkweed or lantana and native grasses and trees can be essential for migrating species.

Michael Bergeron is a Houston-based writer.

This camera solves a major problem with drone photography