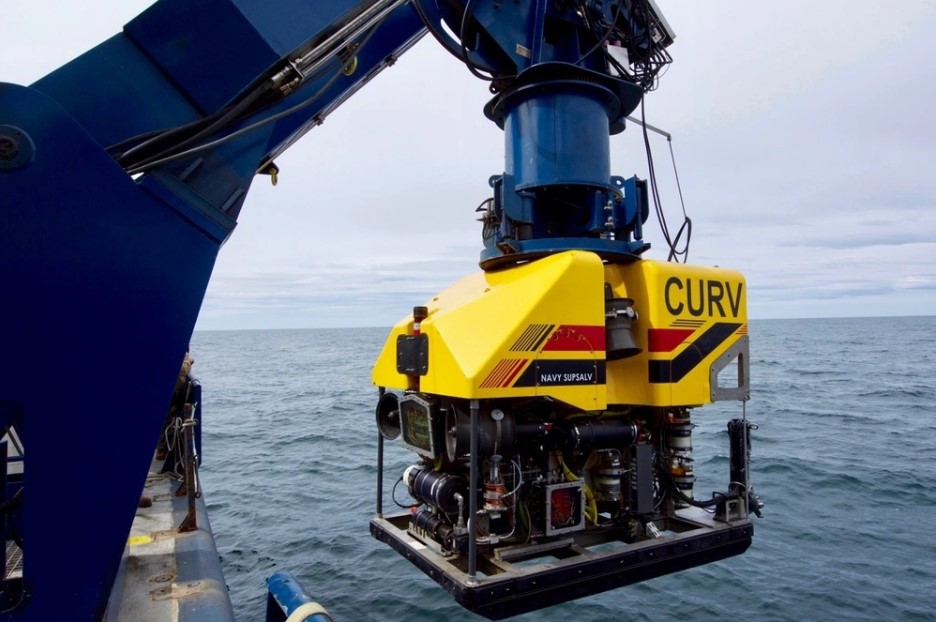 The Navy said it successfully recovered an F/A-18E Super Hornet that blew overboard from an aircraft carrier last month.

The service had previously said the plane had exploded at the sea of the USS Harry S. Truman (CVN-75) on July 8 due to unexpected weather in the Mediterranean Sea while the carrier was conducting replenishment at sea (daily defense11 July).

The Navy now says the Super Hornet was recovered from around 9,500ft deep by a crew aboard the Multipurpose Construction Vessel (MPV) Everest.

The team included personnel from Task Force 68, which commands all US naval expeditionary forces in the European and African commands’ areas of operations; Naval Sea Systems Command Salvage and Diving Supervisor (SUPSALV); CVN-75; Naval Strike Fighter Wing Atlantic; and the US Sixth Fleet.

They recovered the aircraft using a CURV-21 remotely operated underwater recovery vehicle to attach special rigging and lifting lines to it, then a lifting hook was attached to the rigging to lift the aircraft to the surface and bring him on board Everest.

“The responsiveness of the combined team, including SUPSALV and Phoenix International personnel, enabled us to safely conduct recovery operations within 27 days of the incident,” said Lt. Cmdr. US 6th Fleet salvage officer Miguel Lewis said in a statement.

Phoenix International has a contract with the Navy’s Director of Oceanic Engineering, Supervisor of Salvage and Diving (SUPSALV) to conduct global rapid response underwater search, rescue, salvage and salvage operations.

The Navy said that after its recovery, the Super Hornet was delivered to an unspecified nearby military installation before being returned to the United States.