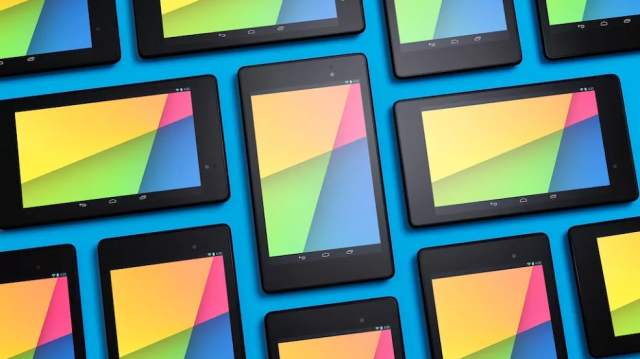 Is it time for a new Google tablet? – Phandroid

When Google first launched the Nexus line of devices several years ago, it created a standard of what an Android smartphone should be. Nexus phones were great devices designed for Android enthusiasts, and we’d eventually see Google bring the ‘Nexus’ branding to its line of tablets, the first of which was the 2012 Nexus 7named after its 7-inch screen.

A year later, Google gave us the 2013 edition of the Nexus 7, which came with performance improvements, as well as a more refined design. This, of course, was Google’s response to devices like Apple’s iPad mini, which until today has maintained a significant presence in the market. These days, I think it’s a shame we’ve never had another “official” Google tablet, with the 2018 Pixel Slate being the company’s latest. Now seems like a good time, given the popularity of Apple’s iPad line and Samsung’s Galaxy Tab devices, both of which offer high-end specs and performance at premium prices. And in hindsight, the Nexus 7 was able to achieve what many competing devices couldn’t at the time, delivering a quality Google tablet experience.

That being said, let’s take a quick trip down memory lane and revisit what is arguably one of the best devices Google has ever made.

In terms of specifications, the tablet had a large list of internal components. The Nexus 7 featured a high-resolution 1920 x 1200p display, covered in a layer of gorilla glass. The tablet was powered by a Qualcomm Snapdragon S4 Pro chipset and Adreno 320 GPU, paired with 2GB of RAM and a choice of 16 or 32GB of onboard storage. There were 5-megapixel and 1.2-megapixel cameras on the front and rear respectively, and this whole setup ran on an in-built 3950mAh battery.

The Nexus 7’s design should appeal to minimalists, those who would prefer a subtle matte look as opposed to the glossy sheen of other Android tablets of the era. It had a simple charm, and although it was made of plastic, it didn’t feel cheap at all. The Gorilla Glass display protected the screen from damage and added a lot to its aesthetic longevity. Of course, it also came with huge bezels on the front, but again, that was 2013 and we wouldn’t see edge-to-edge displays for at least a few years.

As a media-consuming device, the Nexus 7 was impressive. The luminous screen, coupled with a pixel density of 323 ppi meant you had a awesome screen for reading your e-books, browsing the web and watching content. This really made it stand out from the otherwise crowded compact tablet market. Speaking of compact, the Nexus 7 fits easily in your hand, and it had just the right amount of weight to remind you that you weren’t holding a cheap entry-level gadget – that was Google with some of their best materials.

Now that it’s a Nexus device, it goes without saying that the tablet has received extensive software support. The tablet was launched with Android 4.3 Jellybean, which at the time was of course making waves when it came to Android versions, and finally got support for Android Kitkat, Lollipop and Marshmallow. That’s four versions of Android, which is a level of software support we don’t see much of on most smartphones these days.

As far as performance goes, the 2GB of RAM on the tablet was of course enough to play most games on Android at the time – and we have to remember that this was a time when a lot of people were buying tablets as media consumption and gaming devices. The Snapdragon S4 Pro and Adreno GPU ensured that you could play games and multitask on the Nexus 7 without too much trouble, which certainly added to the tablet’s overall value as a gaming device. entertainment. The battery life was also good and let you enjoy uninterrupted reading or browsing for hours.

The camera quality wasn’t the best, admittedly. At that time, Google was still years away from perfecting its image processing software that we now see on Pixel phones. But when it came to basic mobile photography, the Nexus 7 was able to give you some pretty decent shots that were still way ahead of what you could achieve on other tablet cameras at the time.

Is it time for a new Pixel tablet?

The Nexus was certainly great for its time. It showed what Google was capable of in the Android tablet landscape and gave many of us fond memories. It’s a shame that Google still hasn’t made another attempt at the compact tablet market, and I’m sure some of us would still like to see some sort of Pixel tablet.

Given the company’s recent push to launch more high-end devices like the Pixel 6 and 6 Pro, its own Tensor chipset, as well as continued development on Android 12L, it would be a dream come true if it reintroduced a tablet. in the pixel. line. Google has proven that the software experience matters a lot when it comes to real-world use, and with all the technological resources at its disposal, a new Google-branded tablet would seem like a no-brainer.

For now though, all we can do is play the waiting game.